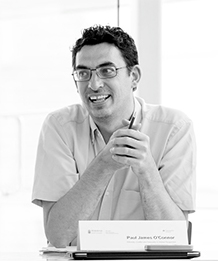 Originally from Devon I was awarded my PhD in Sociology from the University of Queensland in 2009. I have taught Anthropology at the Chinese University of Hong Kong, Sociology at Lingnan Univerity, and Religious Studies at Charles University, Prague. I am chiefly a sociologist of religion but explore area studies, ethnicity, and lifestyle sports. I have written extensively on Hong Kong society performing research with the Muslim community and working on issues of ethnicity. My first book Islam in Hong Kong explored the the lives of Muslims in Hong Kong. I hold strong interests in pilgrimage exploring both the Hajj and secular sacred spaces. My work on the sociology of skateboarding has included collaborating with the Pushing Boarders project and the completion of my second monograph Skateboarding and Religion.

My current research continues to explore the sociology of skateboarding and is focal on issues of Lifestyle Religion. Some of my papers are available online via ResearchGate. Please contact me if you would like access to any of my journal articles and chapters. You can also keep up to date with my projects via my website.

I am a qualitative sociologist with interests in the sociology of religion, cultural hybridity, and lifestyle sports. Much of my work has also been involved in Hong Kong studies where I have focussed on issues of ethnicity. One of my key interests is the sociology of skateboarding.

Presently my research is focussed on the following themes: