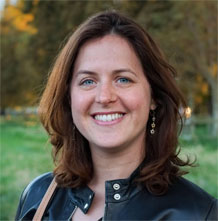 Dr Peri-Rotem is a social demographer, specializing in family and fertility trends in post-industrial societies. She is interested in social and cultural influences on reproductive behaviour and the link between social inequalities and family formation patterns. Her recent work is focused on the relationships between socioeconomic status, lifestyle and reproductive health as well as social inequalities in access to assisted reproduction. Her other research interests include gender equality, work-family balance, life course analysis and religious and ethnic identities.

Peri-Rotem, N. (2021). Religion as a moderating factor in the education-fertility relationship. N-IUSSP: International Union for the Scientific Study of Population Online News Magazine.

Peri-Rotem, N. (2016). Religion and fertility in Western Europe: trends across cohorts in Britain, France and the Netherlands. European Journal of Population, 32(2), 231-265.

Child in time: Should (in)fertility be discussed in schools? (8 April 2016)

Fending off the stork: Why do some people delay childbearing until it is (almost) too late? (29 Jan 2016)

I welcome inquiries from prospective doctoral students who are interested in working on the following topics: family and fertility behaviours, life course analysis, reproductive health and other related research areas.