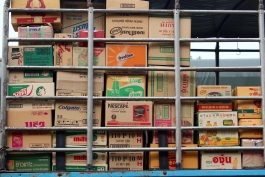 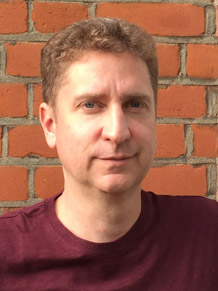 Professor of Anthropology, Director of Research

Office hours: 13:00-14:00 Tuesdays and Fridays during teaching terms; may be in person or via Teams; please email in advance to make an appointment.

I am a socio-cultural anthropologist with expertise in political anthropology and the anthropology of food, farming and agrarian society. I have conducted research in Africa, as well as in Europe and North America. I am currently working on food, heritage and memory, with a focus on artisan cheesemaking.

I am Co-Director of the Centre for Rural Policy Research, and Coordinator of the Food Studies Network.

Between 1991 and 2005, I carried out research in the northern Mozambican district of Mueda, where nationalist guerrillas based themselves during the anti-colonial war (1964-1974). As part of this project, I studied how various social groups experienced, and coped with, violence during and after the war for independence. At the same time, I studied how colonialism and revolutionary socialism reconfigured the institutions of local authority, and, more recently, how post-socialist reforms fostered a “revival of tradition” in rural Mozambique. My published works on Mozambique detail how neo-liberal reformers conceived of “traditional authorities” and “traditional healers” as partners in the project of decentralized democratic governance, notwithstanding the fact that the power exercised by these figures is understood by Mueda residents to derive from their knowledge of sorcery. My first book, Kupilikula: Governance and the Invisible Realm in Mozambique, was first-runner-up for the African Studies Association (USA)’s Melville J. Herskovits Award in 2006, and won the Royal Anthropological Institute’s Amaury Talbot Prize for African Anthropology in 2007. My second book, Ethnographic Sorcery, was first-runner-up for the Society for Humanistic Anthropology’s Victor Turner Prize in 2008. My more recent research is in the anthropology of food. I have focused on artisan cheese, the discourse of “terroir,” and the global market niche in “heritage foods.” I am particularly interested in how cheesemakers have preserved and/or transformed cheesemaking techniques while navigating a changing marketplace, as well as how they have presented themselves, their locales of production, and their productive traditions to consumers new and old. I am also interested in how engagement with food—from making food, to sharing it and eating it—affords opportunities for people to remember, including the acquisition of memories of things they have not themselves directly experienced. My most recent book is entitled Food Between the Country and the City: Ethnographies of a Changing Global Foodscape, and is co-edited with Nuno Domingos and José Manuel Sobral. I serve on the editorial boards of: Food, Culture and Society; The Graduate Journal of Food Studies; The Journal of Agrarian Change; Cultural Anthropology; and Análise Social: Revista do Instituto de Ciências Sociais da Universidade de Lisboa. I also serve on the steering group of Food Exeter (http://www.exeterfoodnetwork.org.uk).

I have supervised doctoral students working in Africa, Asia, Latin America, North America and Europe in the fields of political anthropology and the anthropology of food.

I am currently supervising the following doctoral researchers:

Jed Hilton The Chef as Activist: the changing role and social engagement of contemporary chefs

William Jaggard: The contradiction of Britain's chillies: how the experience and perception of British-grown chillies unsettles subjective identity and intersubjective relations for its consumers and producers in South-West England

Megan Larmer: Hope against hope: diverging values and the reconfiguration of relationships in the ‘food movement’

Jill Lidgey: The role and future of town markets in the 21st Century

Eimear McLoughlin (ESRC-funded): An ethnography of animal consumption in Denmark

Born in the United States, I was raised in a small town with a large university in the Appalachian Mountains in central Pennsylvania. Most of the kids at my school were children of either academics or farmers (my father taught engineering at Penn State University, and my mother taught English as a Second Language in our university community); I would eventually become an academic who conducted research with farmers. For my Bachelor’s degree I went to the University of Virginia, in Charlottesville, where I studied Political and Social Thought (with a one-year hiatus doing the General Course in International Relations at the London School of Economics). After short stints in New York (working for the monthly magazine, Africa Report) and in Paris (teaching English in the run up to the formation of the European Union), I returned to study at the University of Wisconsin, in Madison, where I obtained an M.A. and a Ph.D. in Cultural Anthropology with a concentration in African Studies. I began fieldwork during the last years of the civil war in Mozambique as a research assistant on a project run by the University of Wisconsin’s Land Tenure Centre, studying what had become of socialist-era state farms during the war and offering recommendations on how to protect the interests of peasant farmers in the post-war, post-socialist era. I continued working in and on Mozambique for 16 years, conducting fieldwork for my doctoral thesis on the relationship between the state and “traditional authorities” in the northern Mozambican Mueda plateau region, and subsequently focusing research on the place of sorcery in conceptions of power in Mueda. During this time, I held research and teaching posts at Sweet Briar College in central Virginia (1997-1998), at the London School of Economics (1998-2000), and at the New School for Social Research in New York (2000-2003). Soon after taking a post at the School of Oriental and African Studies in London (which I held from 2003-2016), I began a new research project, focusing on artisan foods and their place within the cultural economy. Between 2005 and 2011, I conducted research with artisan cheese makers and cheese mongers in 13 countries, mostly in Europe, but also in Turkey, Canada and the United States. While at SOAS, I co-founded and directed the SOAS Food Studies Centre, and convened an MA in the Anthropology of Food with colleagues Johan Pottier, Jakob Klein, and Elizabeth Hull. I moved to Devon in 2016, taking up a post in the Department of Sociology, Philosophy and Anthropology at the University of Exeter. I continue to work on food and cultural heritage, while also studying food and memory.