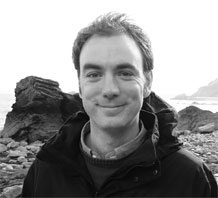 Science as extended cognition: The role of material culture in scientific reasoning

Historical and sociological studies show the importance of the material culture of science, including external representations, tools and instruments, and the physical layout of the laboratory.  And yet these aspects of science are often assumed to be incidental to scientific reasoning itself.  Recent developments in cognitive science challenge this assumption, revealing that many cognitive tasks are performed not by internal thought processes alone, but through skilful exploitation of material representations, tools and the wider environment.  In fact, according to the thesis of 'extended' cognition, the relationship between internal thought and external objects is sometimes so close that external objects become part of the cognitive process.

Using methods from cognitive ethnography, this project will carry out three in-depth empirical studies, each focussing on a particular aspect of the material culture of science.  Thee studies will ask: What is the precise nature of scientists' interaction with external, material devices? Which, if any, of these interactions might count as extended cognition? The final stage of the project will explore the profound implications of extended cognition for a range of issues in philosophy of science, including the nature of scientific theories and the relationship between science and culture.

The project will be highly interdisciplinary, drawing on and contributing to philosophy, cognitive science and history and sociology of science.  By offering a new understanding of reasoning in scientific practice, the project will also contribute to wider issues of public concern, such as the role of expertise in policy-making and the nature of science education.