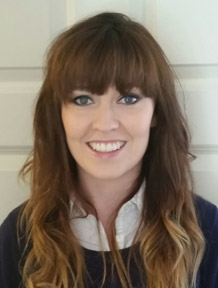 Achieving a Distinction in the MA Anthrozoology Programme at the University of Exeter, I successfully secured funding from the ESRC SWDTC in support of my research into the visibility of animal consumptive practices in Denmark. My (1+3) PhD research will involve a 13-month multi-sited fieldwork in Denmark where I will explore cultural attitudes towards animals and the meat they consume. From a a zoo which gained notoriety of late following the recent euthanasia of a healthy giraffe which was subsequently dissected in public to one of the most mechanised pig slaughterhouses in the world which leads guided tours to the public through its facilities. Thus, this culture of visibility stands in opposition to the majority of slaughterhouses around the world where visibility is persistently portrayed as a threat to the meat industry.

This research will enrich the literature on human-animal relationships and slaughterhouse ethnographies. The work will also contribute to scholarship on the sociology of food, exemplifying the association between visibility and food integrity and will bolster anthrozoological research into non-human animal self-hood. Crucially, this research will have instrumental and conceptual impact with potential to influence animal welfare policy and to shape societal attitudes towards animals.

Mc Loughlin, E. (forthcoming) Knowing Cows: Transformative Mobilisations of Human and Nonhuman Bodies in an Emotionography of the Slaughterhouse. Gender, Work and Organisation.

Listening to the Slaughterhouse

Making Sense of the Human/Animal Bond

I will conduct a 13-month multi-sited fieldwork in Denmark exploring the visibility of animal consumption, from the slaughterhouse to the zoo.

Knowing Cows: Transformative Mobilisations of Human and Nonhuman Bodies in the Slaughterhouse

In an 'emotionography' of the slaughterhouse, I explored how emotions are negotiated and neutralised within the confines of the slaughterhouse walls. Benefiting from the literature on dirty work and the sociology of emotion, I studied how bovine bodies are constructed both within and beyond the slaughterhouse gates through participant observation, semi-structured interviews and visual methodologies.

Benjy the gay bull rose to global notoriety in November 2014 when he failed to impregnate the heifers he was purchased to inseminate and thus, Benjy's only fate was the slaughterhouse. A crowdfunding petition led by an animal rights organisation and a gay rights network saved Benjy from certain slaughter on the basis that Benjy should be free to be gay, entwining narratives of sexual autonomy with animal rights discourse. #SaveBenjy was a remarkable phenomenon for a number of reasons, from its timeliness, whereby his plight emerged in the months prior to the historic gay marriage referendum in Ireland, to the recognition of non-human animal non-normative sexuality being respected, protected and celebrated. In my published article, I employ queer theory to explore Benjy's rise to fame amidst an Irish cultural and societal landscape in flux.