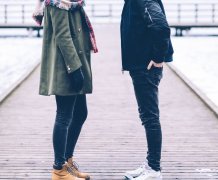 The different ways men and women behave, passed down from generation to generation, can be inherited from our social environment – not just from genes, experts have suggested.

Rather than the sexes acting differently because of genetic inheritance, the human environment and culture allow for the transfer of some gender-specific behaviour traits from generation to generation.

In an article in the journal Trends in Cognitive Sciences by Cordelia Fine, from the University of Melbourne, John Dupré, from University of Exeter and Daphna Joel from Tel-Aviv University show how new advances in evolutionary theory, and current models of how sex influences the brain, suggest that for some gender-related traits, the interactions between the genetic and hormonal components of sex with other factors create variability between individuals whereas environmental factors supply the stable conditions needed for the reproduction of the trait in each generation.

These two important shifts in scientific thinking point to the possibility that gender roles seen across different generations are sometimes best explained in terms of inherited socio-environmental conditions.

“Even in non-human mammals, adaptive traits that have reliably developed in offspring for thousands of years can disappear within a few generations, if the relevant environmental conditions change,” said Professor Dupré.

“Genetic inheritance continues to be critical for the capacity to quickly learn an adaptive behaviour, but environmental factors that are stable over generations remove any selective pressure for the development of parallel genetic mechanisms.”

The academics used recent thinking from evolution theory and recent findings from studies of the relations between sex and the brain for the article.

Professor Joel said: “Masculine and feminine behaviours cannot be explained by the existence of male and female brains, as has previously been suggested. Our research suggests that intergenerational inheritance of gender-specific traits may better be explained by highly stable features of the social environment.”

The article says non-genetic mechanisms may be particularly important in humans because our culture strongly encourages us to have male or female roles. The enormous human capacity to learn also allows for information to be passed from generation to generation.

Professor Fine said: “The conclusion is the need to question the pervasive assumption that it is always biological sex, via its direct action on the brain, that does the ‘heavy lifting’ when it comes to the gender traits we inherit and display.”

Sex-Linked Behavior: Evolution, Stability, and Variability is published in the journal Trends in Cognitive Sciences.